A recent House Bill was proposed and struck down that took aim at-home cultivation and marihuana microbusinesses.

House Bill 1243 was proposed by Republican Senator Arlan Meekhof on November 29. This Bill aimed to ban home cultivation by adults, which was approved by Michigan voters as part of Prop 1. Prop 1 provided in part that those over the age of 21 that are residents of Michigan may legally grow up to 12 marihuana plants in their home.

In addition, HB 1243 attempted to derail micro business licenses altogether. Marihuana micro business are issued a micro license, which permits the licensee to vertically integrate the cultivation of up to 150 marihuana plants, processing of marihuana, and retail sale to individuals 21 years or older.

The proposed bill also attempted to lower the excise tax on retail sales of marijuana products from 10% down to 3%, change how the tax revenue would have been distributed and create a licensing board similar to that used in medical marijuana facility licensing. This bill died on December 13, 2018, and has, for now, alleviated some concern regarding a rewrite of the law currently in effect. 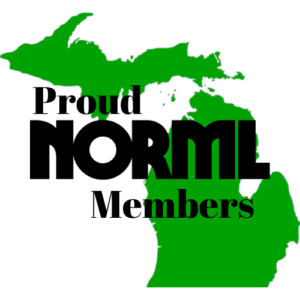 Michigan allows for individuals with marijuana-related felonies the opportunity...