Cannabidiol (CBD) is one of the cannabinoids found in marijuana.  Over the last few years CBD has dramatically increased in popularity to treat a wide variety of ailments.  CBD has been attributed to helping those that suffer from chronic pain, epilepsy and several other disorders and diseases.   CBD is often used in place of the more well known THC (delta-9-tetrahydrocannabinol) because CBD doesn’t possess the psychoactive effects commonly associated with THC.  Because CBD doesn’t have the psychoactive effects of THC and because it is often associated with hemp, CBD products have recently become readily available at health food stores, gas stations, pet stores, grocers and through reputable online shops such as amazon.

The acceptance that CBD products have had in the mainstream market has been noticed by Michigan’s Department of Licensing And Regulatory Affairs (LARA) and just last week they issued an advisory bulletin stating in part that “the possession, purchase, or sale of marihuana or any marihuana product – including CBD – must be done in compliance with the MMMA and MMFLA.”  LARA came to this decision by analyzing the current definition of marijuana contained in the public health code (MCL 333.7106).  Marijuana is currently defined as:

all parts of the plant Cannabis sativa L., growing or not; the seeds of that plant; the resin extracted from any part of the plant; and every compound, manufacture, salt, derivative, mixture, or preparation of the plant or its seeds or resin. Marihuana does not include the mature stalks of the plant, fiber produced from the stalks, oil or cake made from the seeds of the plant, any other compound, manufacture, salt, derivative, mixture, or preparation of the mature stalks, except the resin extracted from those stalks, fiber, oil, or cake, or any sterilized seed of the plant that is incapable of germination. Marihuana does not include industrial hemp grown or cultivated, or both, for research purposes under the industrial hemp research act.

This definition clearly does not include the mature stalks of the plant, fiber produced from stalks, oil or cake made from seeds of the plant, and any other compound made from the mature stalks.  Also excluded by definition is industrial hemp grown or cultivated under the industrial hemp research act. (IHRA) To determine that CBD is and always is marijuana, LARA had to first determine that cannabinoids are not found in the seeds or stalks of the marijuana plant as substance derived from seed or stalk of the marijuana plant could be excluded under the definition of marijuana in MCL 333.7106.   LARA then looked to the industrial hemp research act and determined that IHRA does not allow for the sale or transfer of hemp.  So, according to LARA all CBD tranactions must be ddone under either the Michigan Medical Marihuana Act (MMA) or the Marihuana Facility Licensing Act (MMFLA).

If you have any questions regarding CBD and its legality please call the Michigan Cannabis Attorneys at The Covert Law Firm.  517-512-8364. 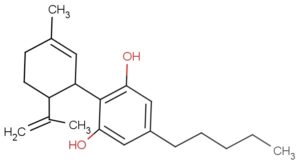 Watch our ad for local business: